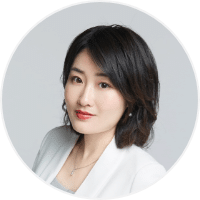 Leah Wang is the CMO of Xinxuan Group, one of the leading players in China’s fast growing live streaming e-commerce industry. Prior to that, Ms. Wang was the General Manager of International Affairs of Trip.com Group, one of the world’s largest online travel agencies and had held a number of managerial positions in the Group’s internationalization process. She also worked in a variety of mainstream media including Xinhua News Agency in China. Her research interests include Macroeconomic and Internationalization of Internet Enterprises. Ms. Wang received a Master of Science from University College Dublin. She did research on the European sovereign debt crisis in Europe from 2010 to 2012.